Get a demo
Back To Accomplished Peeps 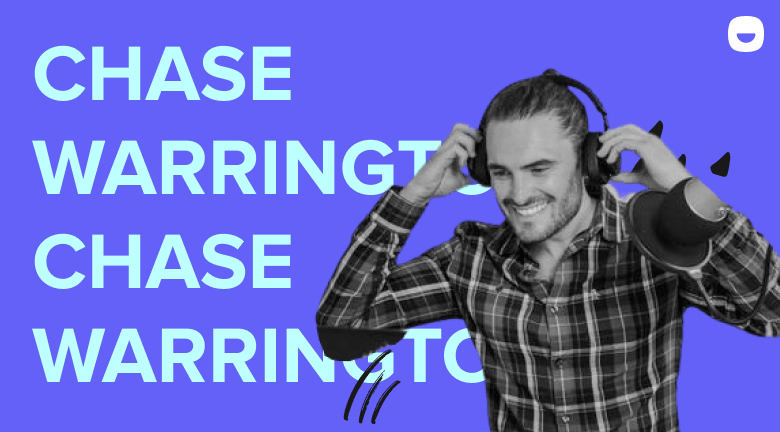 I recently had the opportunity to interview Doist's Head of Business Development, Chase Warrington, to discuss what leading remote first companies actually look like. We dove into Chase's daily routine and his personal habits that contribute to keeping him on his game. We also spoke about the meeting habits of successful distributed teams, and why Chase feels his team, is on the extreme side when it comes to embracing async communication.

For those who aren't familiar with Doist, their remote-first company offers a popular productivity task management app along with another tool called Twist, which is a collaboration hub for remote companies that prioritize productivity and team wellbeing.Twist was built out of Doist's own needs as a remote team, and since they struggled to find a good communication tool that they liked, they essentially decided to build one. As their team consists of over 100 people spread across over 40 different countries, covering all time zones, finding a communication model that worked for them, was essential to the success of the business. Doist has only ever known remote and has been fully location independent, so you could say, they know a thing or two about how to make it work.🙂

Leading a Globally Distributed Team... it all starts by getting your daily habits in check first

Doist has heavily leaned into async communication, which is at the core of the company culture. Apart from nailing communication in the online space, successful leaders like Chase have learned that leading a globally distributed team, starts with first being able to set their days up successfully - meaning, knowing how to properly manage their own time and energy, so they can show up more present and supportive for their team.

Set your non-negotiable routines - and stick to them!

Any successful leader knows the importance of creating healthy routines to start and end their day. Chase is no exception to this. When asked what some of his non-negotiable routines were to keep him productive throughout the day, especially working from home, his response was ... the first, creating a healthy separation between work and life.

Chase shared that during the 3-month lockdown, when he was thrust back into living in his workspace again, he really had to work hard at maintaining that separation between work and home life.

Some of his other non-negotiable morning routines?

"For me, there are small things like actually preparing a really nice cup of coffee and sitting and enjoy it. I also usually take my dog on a short walk, maybe read or listen to something like a podcast or a book on tape, something to just kinda disconnect from real work before I jump into the day-to-day."

And, in the evening, Chase does what many of us are still struggling to do no matter how hard we try - leave the laptop at the office! In the case your office is in your home, lock it up and hide the key if you're tempted to hop back on and check your notification, which, by the way, should probably be set to silent!

"I try really hard when I'm not working to not be working. And then I let my teammates around me know that, and it's a big part of the culture at Doist. I think part of our success is telling people it's expected, not just okay, that you disconnect, because otherwise, burnout creeps in, and then we'll just work ourselves to death."

Knowing when to disconnect from work and connect into regular life isn't always so easy when leading remote-first companies, but it's something Chase has been actively improving on over the last 12 years working remotely. He commented though, that for the first while it was challenging.

"I've been working this way since 2009 and for the first six or even eight years, I would say I had little to no separation [between work and life], which is why I'm sort of very outspoken about this now."

In a remote setting, it's often more difficult to disconnect and find that separation, because you don't need to 'leave work' to head home, you're already there. You could always be working and always on. Chase, like other successful remote leaders, has learned over time that being on all the time, only leads you down a one-way path to burnout.

"I work at a company that really takes this [down-time] seriously, which is another reason I'm a big advocate for other remote first companies adopting this mentality."

Setting healthy boundaries for your team first starts with setting them for yourself. Then, encourage your employees to do the same, reminding them to shut their laptops at the end of the day and reminding them that late-night and early birds, don't get the kudos.

Taking a Stance Against Synchronous Communication

Successful remote teams need a new set of habits and practices, not endless hours on zoom calls. The meeting habits of distributed teams are drastically different from those of in-office or even hybrid teams. For Chase, he would say that his team is perhaps on the extreme side when it comes to embracing async communication and opting out of meetings.

Many remote first companies still struggle with understanding that things still can get done without having to physically be face-to-face on call. And, on the other side, knowing when to run an asynchronous meeting vs. jump on a Zoom call, isn't always easy to figure out, especially if you don't have a framework or criteria in place.

Internally at Doist, it's in their mentality and baked into the company DNA that they only schedule in a meeting if it really really needs to take place. All of their processes are set up around asynchronous communication.

"When we're working on a project, there's a cadence of communication that's happening, that we all know we can expect, you know, weekly reports and monthly reports and daily updates and things like that."

Often the key to having fewer better meetings is encouraging this mentality in others. In the case of the third parties or external people Chase often needs to communicate with, he's found that when they've suggested a meeting and he's pushed back, it's been fine.

"Some advice I would give to myself several years ago is to not be afraid. I used to accept every meeting invite that I got, cause I saw it as part of my job. Now I pushed back on that and I only take the meeting once we've hashed it out over email, and I know this [meeting] really could benefit me."

So, when should you switch to synchronous?

According to Chase, a good benchmark is, if you've taken some time to really dig into what you're wanting to discuss, you've exchanged a bunch of emails, and are clear on the goal of the call, then it's worth making time to schedule in a call.

Chase emphasizes the importance of giving yourself some time to brainstorm asynchronously because face to face you're probably going to come up with a quick answer, but maybe that's not the best answer. Giving yourself some deep thinking and deep work time to really think about the problem is key.

If you're struggling with productivity, it's worth giving a few of Chase's personal productivity hacks a try + Doist is in the business of productivity, so, if anyone has it together, it would be them. 💪

Chase Warrington, Head of Business Development at Doist, shares insights into why embracing async communication is one of the main keys to success when running remote-first companies.

To connect with Chase, you can find him on LinkedIn or, tune in where he hangs around in his spare time, hosting the podcast About Abroad, dedicated to exploring all elements of life beyond one's borders. Chris is passionate about the move towards distributed, and the positive impact it is having on income equality, the environment, and emerging markets. He's an all-around remote-work advocate with endless gems of insights, tips, and inspiration to share when it comes to navigating the remote working world as a leader within a successful remote-first company.