Get a demo
← Back to Blog Home 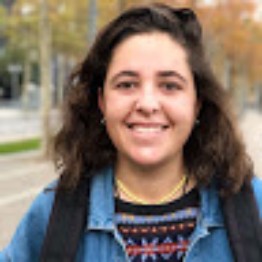 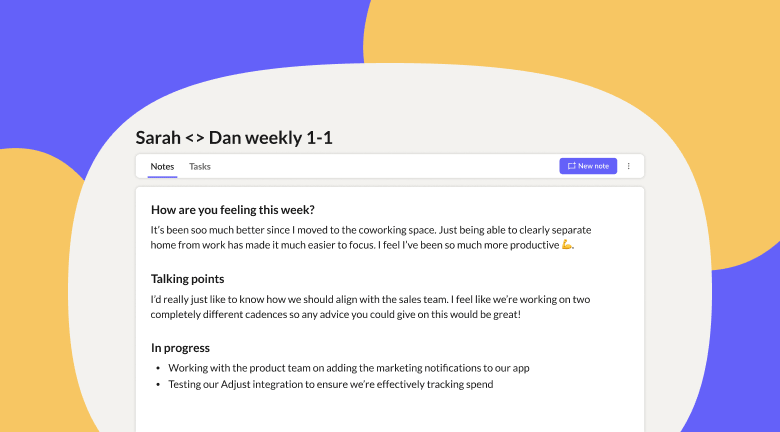 The term asynchronous meeting might sound unfamiliar and even difficult to pronounce, but it's worth paying attention to. Running your remote meetings async is one of the most powerful ways to combat unproductive synchronous meetings, tackle time zone differences, and ensure sh*t gets done without exhausting your team by looping them into endless zoom calls. It's true that there is a time and place for sync meetings to be had, but they shouldn't be the default.

A study on Meetings in America, by Verizon, stated that 37% of an employee's time is spent in meetings. And, 91% of those same employees admit to daydreaming during their meetings. On the same note, another investigation by Atlassian on time wasted at work shows that, on average, employees attend 62 meetings monthly, and 31 hours are spent in unproductive meetings over the same period.

We're not saying that we should cancel all synchronous video meetings, but based on the cold hard facts, it's about time we all started to optimise them. The best way to have fewer, better meetings, is by learning how to run an asynchronous meeting the right way. We'll unwrap the steps needed to do just that! But first, let's brush up on a bit of background.

What is an asynchronous meeting?

We're all familiar with meetings; which are essentially work gatherings aimed to get people together to discuss, work or brainstorm on one or more topics. An asynchronous meeting is essentially the same; it just doesn't happen in real-time and doesn't require an immediate response. All attendees receive the meeting topics via a collaborative space and provide input on it when it suits them. Usually, these types of remote meetings take place in a written format, even though they can also be through video or audio (which we will talk about later).

How to switch to an asynchronous meeting?

Now that we know the potential of this meeting format, it's time to learn how to switch from synchronous to asynchronous meetings.

Once you're confident that switching your meetings to async is the best for your organization, you should inform your team. Transitioning to asynchronous virtual meetings requires an adjustment phase, so keep this in mind too!

It might be good to test out asynchronous meetings with a daily standup meeting rather than a more significant meeting such as a skip level meeting. Starting the transition by moving your daily standup online is recommended as your testing ground. As with any new process, take note of your team's reaction to the change, and allow space and time for feedback.

Use the right tools

Asynchronous meetings are not in real-time, but they still have to live and be stored somewhere; it can be an email, Slack channel, or even a Google Doc. You're likely already familiar with many of these collaboration tools, and probably already know in which ways they are lacking. Although all of the above, function as an async tool, they're not build or designed for the needs of distributed teams. On the other hand, asynchronous meeting software is one that is specifically created to enhance asynchronous communication with async meetings.

Aside from minimising the time spent in useless meetings, there are more benefits to asynchronous communication:

How to run a productive asynchronous meeting?

Setting up a meeting agenda helps you plan the meeting and allows the attendees to review the discussion points of the meeting beforehand, allowing them to better prepare for the actual meeting.

Keep track of everything that is discussed.

You can use any note-taking platform or app, but with an asynchronous meeting tool, you'll be able to do more than keep track of everything discussed. Share docs of any kind, assign tasks and keep track of your team's productivity all in one same platform.

The flexibility of asynchronous meetings is excellent, but it's essential to set a mandatory attendance and meeting deadline to ensure everyone checks in. These boundaries encourage employees to participate and share their ideas in a specified time frame.

Async meetings might not be built for every team, which is why we encourage you to test them out first as we previously mentioned. Try out the effectiveness by kicking off asynchronous standups, which are quick updates and efficiently run in a written format.

A simple and time-saving way to run asynchronous standup meetings is through Slack, but you can also use an asynchronous meeting software like which easily integrates with Slack and provides more context around your check-ins.

We've mentioned that most asynchronous meetings happen in a written format, but do asynchronous videos exist? Yep, and they're pretty helpful. Here's an example of one 👇

The days of everyone being in the office at the same time are over. Whether we like it or not, work and teams are now distributed across multiple locations and timezones - and this demands a re-think of our practices for collaboration and communication. In this async video, David talks about how experienced remote teams have discovered that written, asynchronous communication is the superpower that drives their success.

The benefit of asynchronous video

One of the downsides of written asynchronous meetings is that human connection gets lost as there's no person-to-person interaction. Asynchronous video is essentially the same as a written async meeting, but it creates a bit more of a human connection. This facilitates mutual understanding and clarifies to the employee watching that the thoughts communicated are not just words on a page.

Both formats have their pros and cons, and there isn't a better or worse option in this case. It all comes down to presenting asynchronous video or asynchronous meetings to the team to see which format they better jive with. It's worth testing out both if half of the team is on the fence.

So, does asynchronous mean no more zoom?

Zoom has allowed teams to collaborate and work together in a time in history when human contact was reduced to a minimum and work from home became a must. It was great initially, but spending so much time in front of a computer screen and jumping from one meeting to another can lead to zoom fatigue and eventually burnout.

So, does asynchronous mean no more zoom? We're sorry to say, but no. You'll most definitely have some Zoom calls to attend from time to time, but asynchronous communication will cut down on those pointless meetings that you're likely tired of having.

What is an asynchronous presentation?

On the global mission to optimise time spent on meetings comes a format that aims to optimise more involved meetings like the weekly and monthly overviews and maybe even the all-hands.

These meetings mentioned above are pretty heavy on information and easy to disengage from. What if instead of having your team sit through a 1-hour or more session, you try out asynchronous presentations? With an asynchronous video presentation, the manager can record the presentation at their own pace and allow the team members to watch the video when it's more suitable for them. Everyone wins!

Asynchronous meeting tools like Loom, Clip by Clickup, Yac, and Grapevine are four video and/or audio tools breaking the synchronous conferencing barrier. These tools allow team members a chance to participate in discussions when it best fits their schedule.

Are you looking for the best async tools to collaborate with your team, so you can stay productive and have fewer, better meetings?

Communication is one of the essential pillars of a remote team. To not let time zones or work flexibility get in the way, we have created a list of 5 Asynchronous Communication tools that will boost team engagement and productivity.

Now that you know a little more about asynchronous meetings, the benefits, and the different formats available, it's time to introduce a few tools which are built specifically to help distributed and async companies run fewer, better meetings. These tools enable remote teams to build quick check-ins, engage in written asynchronous chats in real-time, and prepare meeting agendas and meeting minutes for video conferencing calls. On top of that, you can also monitor tasks and keep tabs on personal and overall progress towards a common team goal.

Are you ready to start having fewer, better meetings?