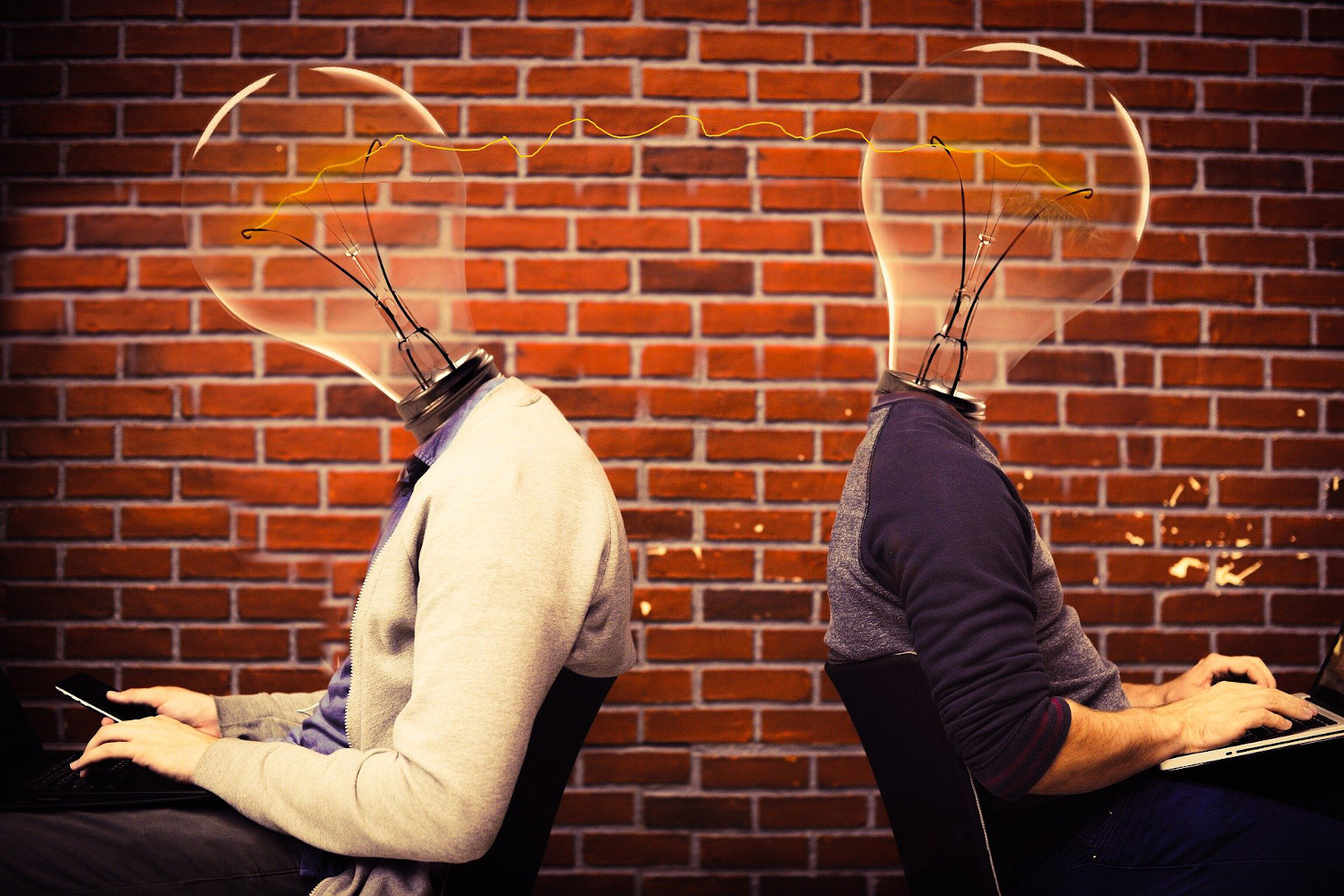 The 3rd Part of our 4 Part series aimed at supporting you to step fully into the Hybrid workplace with confidence in 2021.‍‍

What does it take to effectively manage productivity and motivation in a distributed team?

Well now, isn't that the million-dollar question, and one which we all would have thought we had figured out by now. Regardless of all the lessons learned from the trials and errors we've experienced over the last year, it still seems that many companies are struggling with the productivity piece. So, why is that? First and foremost, in order to more effectively manage the productivity of our teams, we need to understand the root cause of the difficulties remote employees are facing. If you've searched the web for productivity hacks and inspiring ways to motivate your team, you've likely come across some helpful tips; but, there's a crucial piece that isn't being talked about which we'll introduce you to in this third part of our series on the Hybrid workplace.

Most people tend to focus more on fixing productivity leaks as fast as possible when in fact, they should be putting more attention towards understanding them first. You're likely familiar with what a productivity leak is; often something that demands more of your time and attention than is actually needed. Let's take it one step further and get to one of the main root causes as to why they happen.

What causes a leak in productivity?

There are countless reasons a leak in productivity can result. For example, in the situation where there is a lack of staff thus forcing others to work more, there is normally a negative long-term effect on productivity. Lengthy unnecessary meetings could also be considered a productivity leak, which is why many companies seek solutions to minimize their number of meetings.

We won't rehash all the typical productivity leaks, but it is something you and your team should be identifying if you haven't already done so. Now, let's get to one of the biggest productivity leaks that most fail to acknowledge. The reason being is that the very thing that demands your time and attention is one that is subconscious. If you're lost, stick with me and I'll explain...

The Oxford English dictionary defines our core topic as - a disturbing or extremely confusing experience, in particular one that is caused by deliberate psychological manipulation; otherwise known as a mindf*ck. Yes, you read that right, and it's one of the main causes of decreased productivity and lower motivation. To understand where our productive leaks exist, we need to take a step deep into the layers of ourselves and identify which subconscious mindf*ckand conditioning we're holding onto. These could be passed down from a previous job, colleague, a result of our own personal conditioning build up over the years, or, let's be real, the pandemic situation we've all been living through.

The Psychology around Productivity

If you're confused, we will take a step back and provide a very basic example to demonstrate what a mindf*ck looks like in action. Although this example is concerning two imaginary colleagues, a mindf*ck can also relate to energy and productivity leaks, micromanagement, or be due to psychological triggers that manifest in resistance.

Let's take Sandra for example, she's just decided to head back to the office after 10 months of working from home, and over this time, she's become accustomed to a particular way of working. Upon her return, she's placed to work with one of her colleagues who, based on their role, had continued working in the office during the pandemic. For weeks and weeks, Sandra's colleague makes snark comments here and there, eluding to the fact that she's taking too many breaks, and not working hard enough, when in fact, although Sandra is taking more breaks, she is completely the work she needs to do.

Even though she is consciously blocking out her colleague's comments, subconsciously, she begins to feel like she's not doing enough. Sandra starts to take shorter breaks if any at all, and piles on even more work, until the point where her productivity starts to slip and she convinces herself she isn't doing a good enough job. Bingo. Classic mindf*ck, or another term you may hear thrown around - mental manipulation. It isn't pretty, but it's also not only the fault of others; we can just as easily throw ourselves into mental manipulation as if it was inflicted onto us.

The 2021 way of working will demand even more deep work than we experienced in the year previous, and it starts with rewiring our brains out of all those mindf*cks that are slowing down our momentum. To improve our productivity, we need to first identify all of the 'leaks' and then come up with ways to work through them. We'll get more into that a bit later, but for now, let's focus on where we are likely leaking our time & energy. Lost time is a fairly easy one to identify, and as there's a lot that's been written already about how to properly optimize your time, we won't be going into much of that here. Rather, it's how we manage our energy that makes the most difference when it comes to our productivity.

Optimizing Your Energy for Maximum Productivity

When your team is geographically distributed across various time zones and continents, there's more to think about than just staying in sync with each other. The hybrid work environment presents many challenges when it comes to managing employees across various locations. One of the main issues we see teams facing is dealing with a time change. Although this can be a challenge, there are several tools and techniques to combat this. What's more difficult doesn't have much to do with a difference in time zone though, but rather a seasonal one.

Geographically divided teams, work against a difference of seasons. Depending on how you look at it, this could be of benefit to a team though. While one part of your team is feeling the summer vibes, the other may be experiencing a dip in energy. On the positive side, the team is naturally able to balance themselves out, whereas, from a negative viewpoint, this difference in energy levels can be seen as a force to work against. That's definitely the more common way to think about it. Although, when we learn how to manage our energy better depending on the time of day, and the season, we can increase our productivity like never before.

The skill of mastering your energy is what makes all the difference. For example, if you know that waking up early is a struggle, and no matter what you've tried, you still can't accomplish much in those hours, change your schedule to start later. It may not have been as easy before, but luckily, the flexibility of the hybrid working model allows us to embody our energy even more and flow with it rather than against it. The best way to maximize your productivity is understanding how your energy ebbs and flows in all moments of the day and the year.

If you're finding that your team is still struggling even after you've implemented all the best tools and tips to improve productivity and motivation, it's about time you started looking deeper into the mindf*cks your employees are facing at work. Here are a few to keep your eye on:

Underestimating the Cost of Time and Energy Leaks

Have you found yourself jumping from one task to another, when something has popped into your mind? We've all been there; 'oh, I'm just going to quickly do this task while it's still in my head', said every in denial multitasker 😂 . Yes, there are some tasks that may only take a short time, but regardless, it's a proven fact that ping-ponging from one thing to another, is highly unproductive. The time it takes for your brain to kick into something that's popped into your mind may be minimal, but going back to the task you were on before, often takes double the time to pick back up.

If you're someone who works based on where their inspiration flows, we're not saying that you need to stop that, or that it's unproductive. What's important is that you set aside time for each of these tasks and when you're working on one thing, you don't jump to the other, until it's time. For example, by all means, you can work on a piece of an article, send emails, and answer some calls, all within a morning, but, what becomes a major time and energy leak is when you write half an email, then pick up the phone, and then start working on another task, etc. Exhausting, inefficient, and unproductive sums up what we've just described.

We tend to overestimate what we can achieve in a day and underestimate what we can achieve in a year. The simple act of us overestimating what we are capable of in a day is something that tends to demotivate us massively. It's simple, and I'm sure you've heard it before, but it's worth reminding ourselves. The more we pile onto our to-do list, the less we'll likely get done.🤯 Instead, setting realistic objectives for your day, based on larger long term goals tend to be way more effective. No one wants to feel like they hustled all day, but didn't reach their objectives. This isn't only something that will play on your motivation for the days following, but it's also a mental mindf*ck. 'The more I work, the better the results, right?' Wrong! Doing less, but with a high level of intention and attention will not only boost your productivity long term but will motivate you along the way.

If the way to improving productivity and boosting motivation in the hybrid workplace was as simple as adopting a few new work practices, things would be a heck of a lot easier. If only things worked so linearly. As much as a company can install the best working practices for their employees and provide them with top-notch tools, the management of productivity and motivation lies within understanding the origin of the struggles employees face. It's the mindf*cks we need to tackle head-on, and only until we do that, can we really have a handle on managing productivity within the hybrid work environment.

Were you able to gain some insight from Part 3 of our series? If so, or, if you'd like to share a reflection, feel free to reach out to us at 👀 Where, on LinkedIn, Twitter, or IG. We'd be glad to hear how you're addressing mental mindf🤯cks within your team.